Here are some Popcorn News updates of major headlines over the last week. Subscribe to stay informed.

The first round of Democratic debates were held over the last week and, as it turned out, memes were a great way to stay informed. In Miami on June 26th & 27th, 20 democratic candidates duked it out in the preliminary rounds in anticipation of who will run in the 2020 presidential election. Kamala Harris has become fan favorite after picking up over 100,000 Twitter followers since debates concluded. Former Vice President Joe Biden lost favor following Harris taking him to task over desegregation. Andrew Yang received the least amount of floor space to speak despite having a silent but serious fanbase supporting his Value-Added Tax policy that targets corporations to pay taxes. Perhaps the biggest highlight of the debates for many was when candidates Cory Booker and Beto O’Rouke answered inquiries in Spanish, a move that may show a shift in American politicians respecting and uplifting language and culture differences within the U.S. Regardless, it seemed democratic candidates were trying to one up each other in who could be the most progressive. Researching policy history and growth over time may reveal more standout candidates than others.

Over the last week, the Supreme Court decided to review the Deferred Action for Children Arrivals (DACA) at the behest of the Trump Administration. This comes after the Trump Administration’s previous attempt to squash DACA in 2017. Some may remember DACA when it first began under the Obama Administration in 2012. Or maybe you remember it from 2014-2015 rumblings when Obama was blocked from attempting to expand DACA protection to more immigrants. The Deferred Action for Children Arrivals is an immigration policy that allows immigrants brought to the US as children but lack citizenship to remain in the US with deferred actions (such as deportation) for two years.

The internet erupted when news hit that Marshae Jones, 27, of Alabama had been arrested and charged with the death of her fetus when she was shot during a confrontation she initiated. Jones was charged with manslaughter back in May for allegedly initiating a confrontation with another woman, Ebony Jemison (23), that led to Jones being shot and the death of her fetus. Although some Alabamians stand by the charge, various advocacy agencies, support groups, and individuals have criticized Alabama police and court systems for proceeding with such a heavy charge. Jemison herself expressed remorse and sympathy. The YellowHammer Fund, an Alabama organization that raises funds for women to access safe abortions, announced that part of their donations will support Jones with legal fees. If inclined, please donate by including a note that funds should be allocated to Marshae Jones. 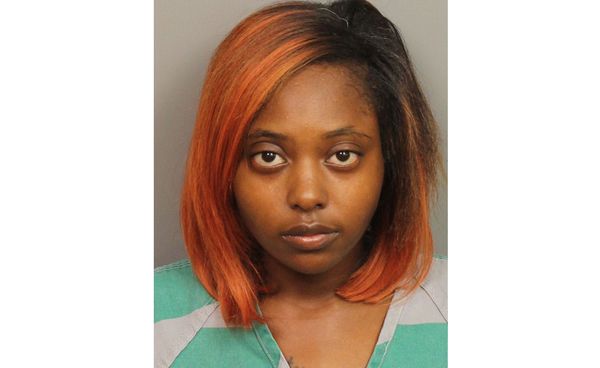 Kellyanne Conway was subpoenaed by the House Oversight Committee for failure to appear for an alleged violation of the Hatch Act. Conway is said to have violated the stipulation that she cannot engage in certain political activities while at work as a government official. Many view this as another clash between Congress and the executive branch. While appearing on Stephen Colbert, Alexandria Ocasio-Cortez informed viewers that in lieu of showing up for her hearing with the House Oversight Committee, Conway appeared on Fox & Friends.

‘Nuff said. But in case people are still confused, Lil Nas X used the last day of Pride Month to come out. Nas X expressed that he “thought [he] made it obvious” then tweeted a closeup photo of a rainbow on his album cover. Lyrics to his song C7osure are also a clue, said Lil Nas X. Snippets of the song include lyrics, “I set boundaries for myself, it’s time to cross the line,” and “This is what I gotta do, can’t be regretting when I’m old.” Though Lil Nas X anticipated losing fans with the revelation, the internet exploded with support and enthusiasm for LGBT+ representation in hip-hop. Fans will also be excited to learn that Old Town Road surpassed Eminem’s Lose Yourself for consecutive weeks topping the Billboard charts.